Portable generators over the last few years have spoilt us with the number of outlets they provide. There’s AC, USB B, USB C, car socket, and even wireless.

If the total power demand from the outlets plugged in is less than the peak power output, it is possible to plug all outlets simultaneously.

First, you must find the power in watts and add the appliances you want. High-demanding appliances like kettles may be the only thing you can plug in, you don’t want to be unsafe.

Contents show
1 Portable Generator Outlets
1.1 How Many Plugs Are There On a Generator?
1.2 Safety Precautions When Using The Outlets
2 Can You Use Both 30 Amp Plugs on Your Generator?
3 Can Two Generators Be Hooked Up Together?

However, a smaller generator should be able to support six outlets at a time. The primary concern is the wattage of everything you are plugging in.

A 15 amp circuit puts out about 1500 watts. That is going to equate to around ten outlets in a home. However, some appliances like a hairdryer or electric kettle will take up almost all of that power. Hold off on washing your hair until after the power comes back on.

Determine the most important electronics to keep charged during the outage. Factor in how soon you expect the power to be back on. For example, a space heater is likely to be high on your list in winter.

How Many Plugs Are There On a Generator?

Most generators come with at least two plugs, one at 20 amps and one at 30 amps. One will allow you to draw more power for a large appliance, and the other is more efficient for small appliances. Some portable generators even have USB ports for you to plug in your smaller devices.

The thing is, there are some generators with far more plugs than that. They should all be labeled with the amount of power they can comfortably offer. Most of the time, the amps will be listed above the plug.

These plugs don’t have a separate power source; they all funnel the power out in different amounts. Imagine you have a barrel of water with several spouts of different sizes.

A smaller spout will give you a trickle, slowly draining the barrel dry. A bigger spout will do it quicker and more suited to fill a larger container.

Your generator is the barrel, the plugs are the spouts, and your electrical devices are the other containers.

Like so many other things, it depends on what you have and what it was purchased for. Larger generators used at construction sites can house multiple large pieces, while smaller ones might only take a couple.

The hard rule is never to plug anything that exceeds the number of amps the plug can give you. To be cautious, try to stay a little bit below it, and you shouldn’t have a problem.

If you are not near your generator, you can find the outlets’ specifications and capacity in the manual or on the manufacturer’s website. 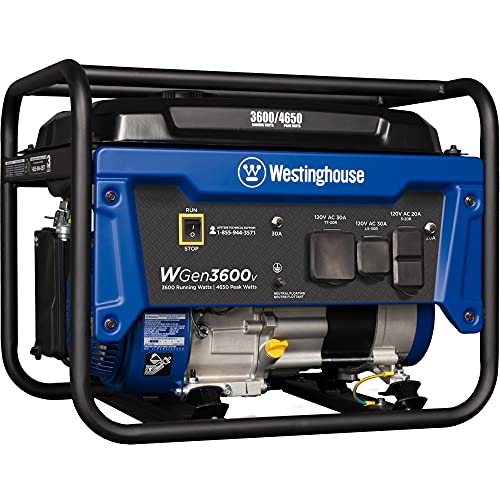 Safety Precautions When Using The Outlets

Have you ever had to send someone down into the spooky spider-filled basement to flip a circuit breaker back on so you can make a cup of coffee? That breaker exists so that you don’t overload the wiring in your home and cause a fire.

Some generators come with a built-in breaker. If it doesn’t, and you intend to plug multiple things into it, you should get one before you use it as a safety measure. That will turn your generator off before overloading to a dangerous degree.

There are some safety concerns if your generator doesn’t have a breaker. First, the plug might try to pass more electricity through it than it can handle. That can cause it to overheat.

At best, the machine will power down. At worst, it could get hot enough to melt wires or even start an electric fire.

That is the biggest concern with overloading your generator. If you have to plug more things in than it can technically handle, keep an eye on it to ensure it isn’t overheating. That will not always be obvious, so always err on caution when taxing your generator.

Can You Use Both 30 Amp Plugs on Your Generator?

In most cases, the answer is no. Most generators require both sides to create 30 Amps of power, and taxing both sides cuts the amount you can draw in half lest you risk overheating.

However, as in every other case, it matters what you are plugging in. Not every electronic object will draw down the same amount of power.

Still, using both plugs is not a way to get around the limitations of your generator, and if you need more power than it is capable of giving you, you are better off just getting a second.

Can Two Generators Be Hooked Up Together?

Parallel generators are possible and can even be done safely to amp up (forgive me) the amount of power you can put out. There are a few things to remember if you intend to do this.

First, you can only do it with a pair of generators that emit the same voltage. This will put them at equal efficiency. When they run together, it will make your power generation more fuel-efficient and more effective as each generator powers the other, to an extent.

See also  Run a Generator with an Electric Motor

Not every generator that matches voltage is a good fit for this process. Some brands don’t play nicely with others, so you will want to read the instructions for parallel generators before you try any of this and not go off-book to get it done.

If done correctly, however, running generators in parallel can allow you to access far more power than using just one or even using two separately – which will be plenty enough, at least, to access the internet during a power outage.