Predator generators are well-known for producing high-performance, low-cost generators that function brilliantly in various environments. The larger types are popular with tradespeople and for whole-house backup power, while contractors widely use the smaller models.

In this article, we’ll go over all you need to know about Predator generators and how to choose the ideal one for your purposes.

Harbor Freight’s most powerful and largest generator is the Predator 9000. With 9000 peak watts and 8750 continuous watts, it can power a whole house for several days during a power outage.

There’s an electric start option (though you will need a battery to power it) and a pull-start option. The low oil indicator is useful for letting you know when it’s time to top it off, and there’s also a built-in low oil shutdown. You can either power everything using the 7x outlets included in or get an electrician to wire it up as a backup properly.

This machine has a lot of power, making it an excellent backup generator, but it can also be used for various other tasks that require a lot of power.

This machine is very big and heavy, which can make transportation an issue, though for an extra fee you can buy the wheel kit to make moving it easier. 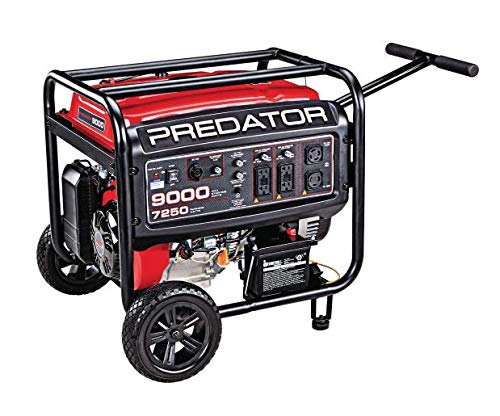 The Predator 3500 Inverter Generator has many functions and power so that it can be used in almost any situation. It can run for up to 11 hours at 50% draw with just a 2.5-gallon gas tank thanks to inverter technology.

See also  The Size Generator For Camper (You Need...)

You won’t be able to power it too much if you use it as an emergency backup, but at least you’ll be alright for a while. This generator shines in terms of ultra-quiet operation and lengthy runtime. This makes it excellent for food sellers and camping, RVing, and tailgating activities.

It’s also ideal for job sites, thanks to the built-in casters if you’re not hauling a lot of heavy equipment. It also sports a digital LCD panel and an electric start. Perhaps the only issue with this generator is that there are just two VAC outlets. However, depending on what you want to use this generator, they may not be an issue.

Overall, this is a terrific machine, and if you don’t receive enough power, you can connect it to a second generator in parallel to double your output. 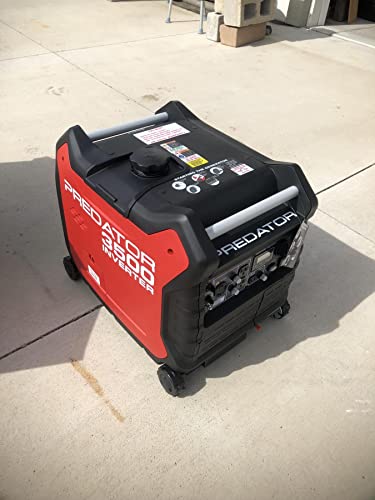 This is the smallest and lightest of all of the predator generators. It has been designed for use when camping, RVing, or even boating. Apart from that, though, this generator has very few uses. It is far too small and weak to be used to power the home as it can only support a few electronics at a time.

Still, if you want an added power boost, you can use the parallel hook-up feature and attach another generator to this one. This will be the best option if you just want something small to take with you on the weekend out camping. 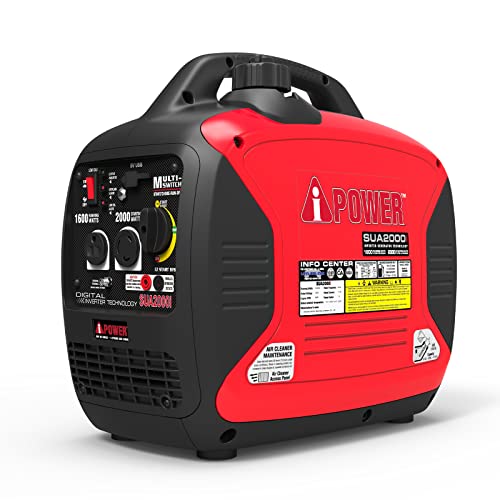 You can even use one to power some of your most vital appliances in the event of a power loss or emergency, but you have to be careful not to run everything at once as the 4000 cannot support this.

The Predator 4000 has a 212cc 6.5 HP air-cooled OHV engine that produces 4000 watts of peak power and 3200 watts of operational power. On the generator, there are standard power outlets. There are two 120V Duplex outlets, one 240V twist-lock outlet, and one 12V DC outlet.

The generator’s fuel consumption is reasonable at medium loads. Depending on the current load, a full tank should provide up to 10 hours of total runtime. It’s worth noting that if you run the machine at full capacity all of the time, the time will be halved.

In general, the Predator 4000 is a very convenient portable generator. It’s a simple, no-nonsense device that gets the job done well. It’s also a lot cheaper than some of its main competitors, making it a very popular choice of generator. 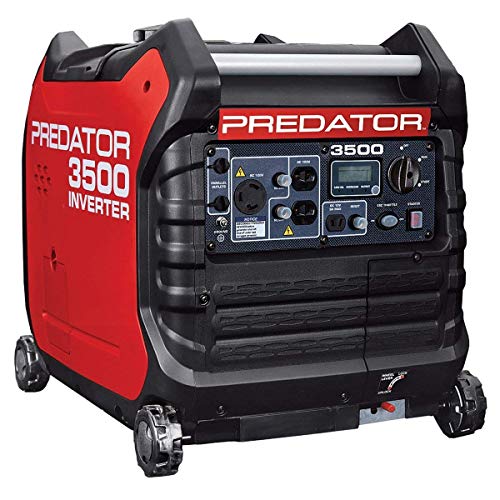 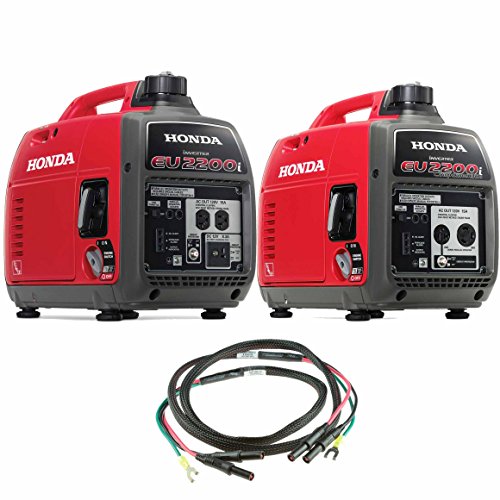 This generator is powered by a 420cc 13 HP air-cooled OHV engine. The gasoline tank has a total capacity of 6.6 gallons. The device comes with an electronic start, which is far more convenient than the typical manual start. You may always rely on the recoil start if the electric start fails.

The 8750 has a total power output of 8750 starting watts and 7200 operating watts. Depending on your current usage, you should get about 10-12 hours of continuous operating at 1/2 load.

Keep in mind that if you operate the generator at full power, you’ll waste more gasoline and will not be able to run it for as long. This size of generator is prone to being exceedingly loud. At 1/2 load, the 8740 produces 76 dB of noise.

Though this is noticeably loud, it wouldn’t be a major concern on construction sites or in an emergency when the power has gone out, and probably all your neighbors will run their generators too. However, this is still a quite loud generator, and we wouldn’t recommend it to anyone looking to reduce engine noise.

Overall, this is a fantastic product to consider if you require a huge generator to provide you with a large amount of energy for various applications.

When you compare a few different models, you’ll notice that the Predator 6500 and 8750 are nearly identical. They are essentially the same unit in terms of engine size, fuel tank, and nearly everything else.

The only difference is that the 8570 has an additional 3-prong twist-lock outlet and 2250 peak and 1500 operational watts, while the 6500 does not. If you don’t need or want the extra power that the 8750 provides and can get by with only a few appliances running in an emergency, this is a cost-effective alternative.

Plus, depending on your power consumption, you can get a longer runtime from a single tank if you utilize the same sized gas tank with a lower-output engine.

This is a great tool to have on hand in an emergency, on the job site, for fun, and at home. And at a lower price, what’s not to love?